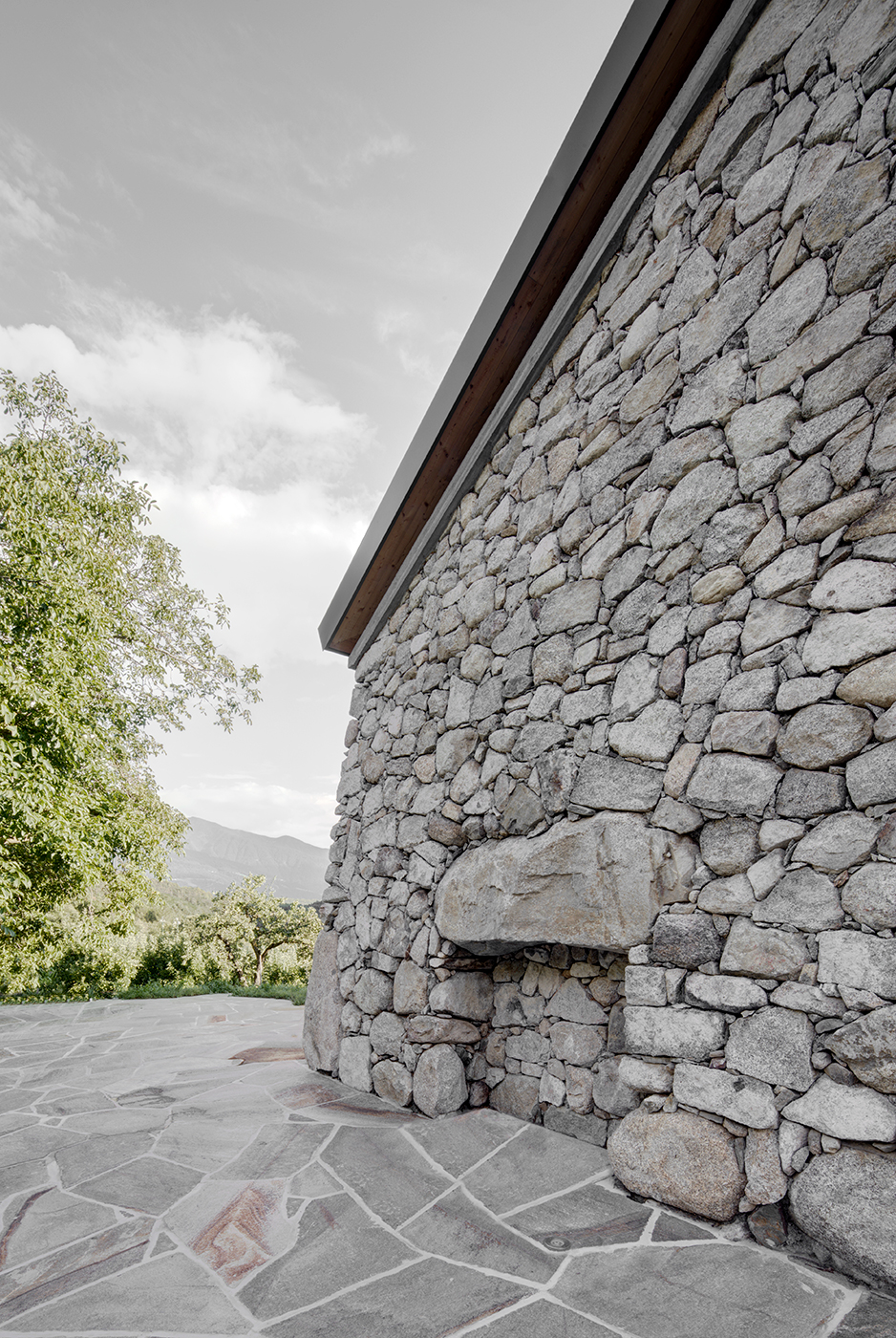 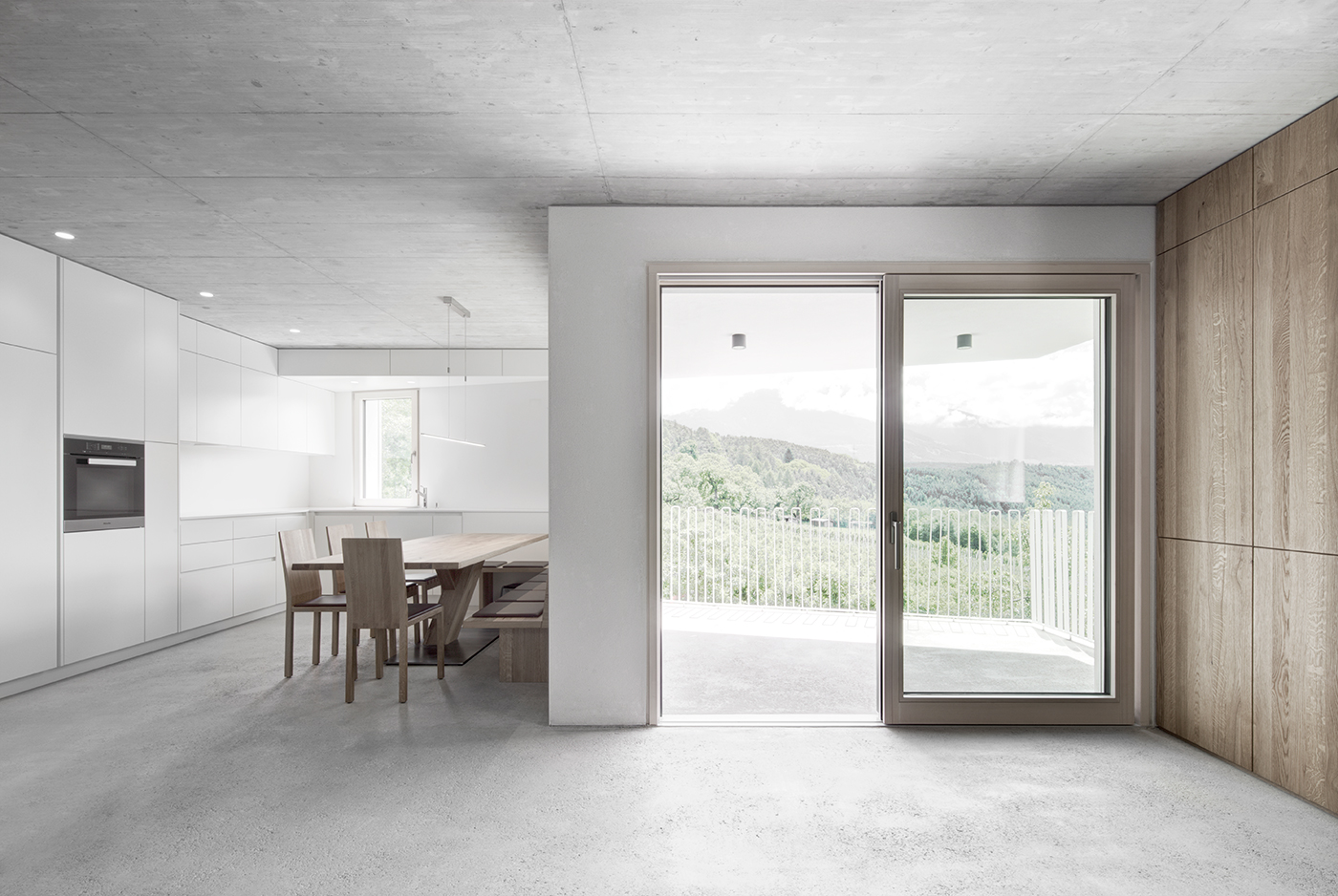 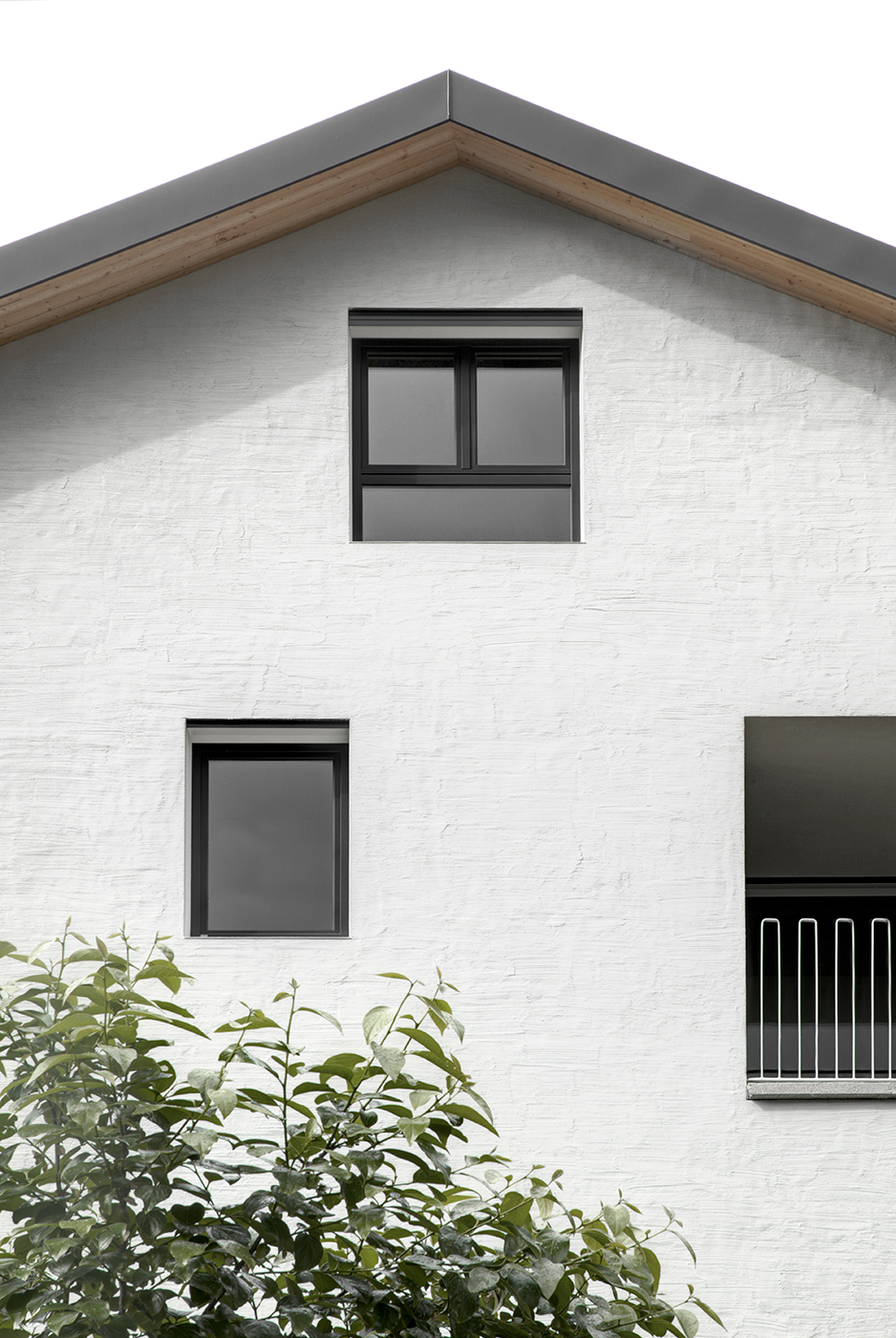 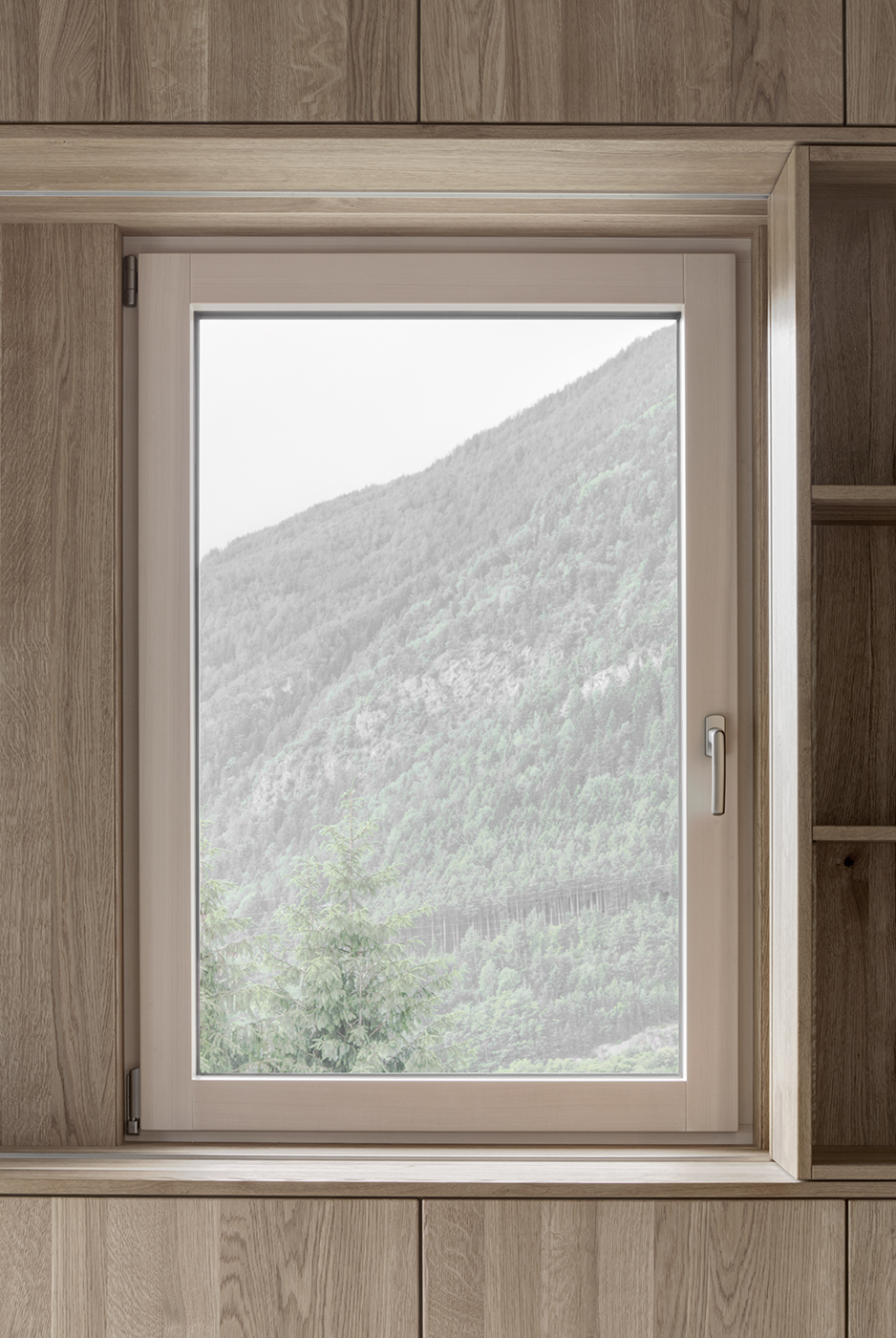 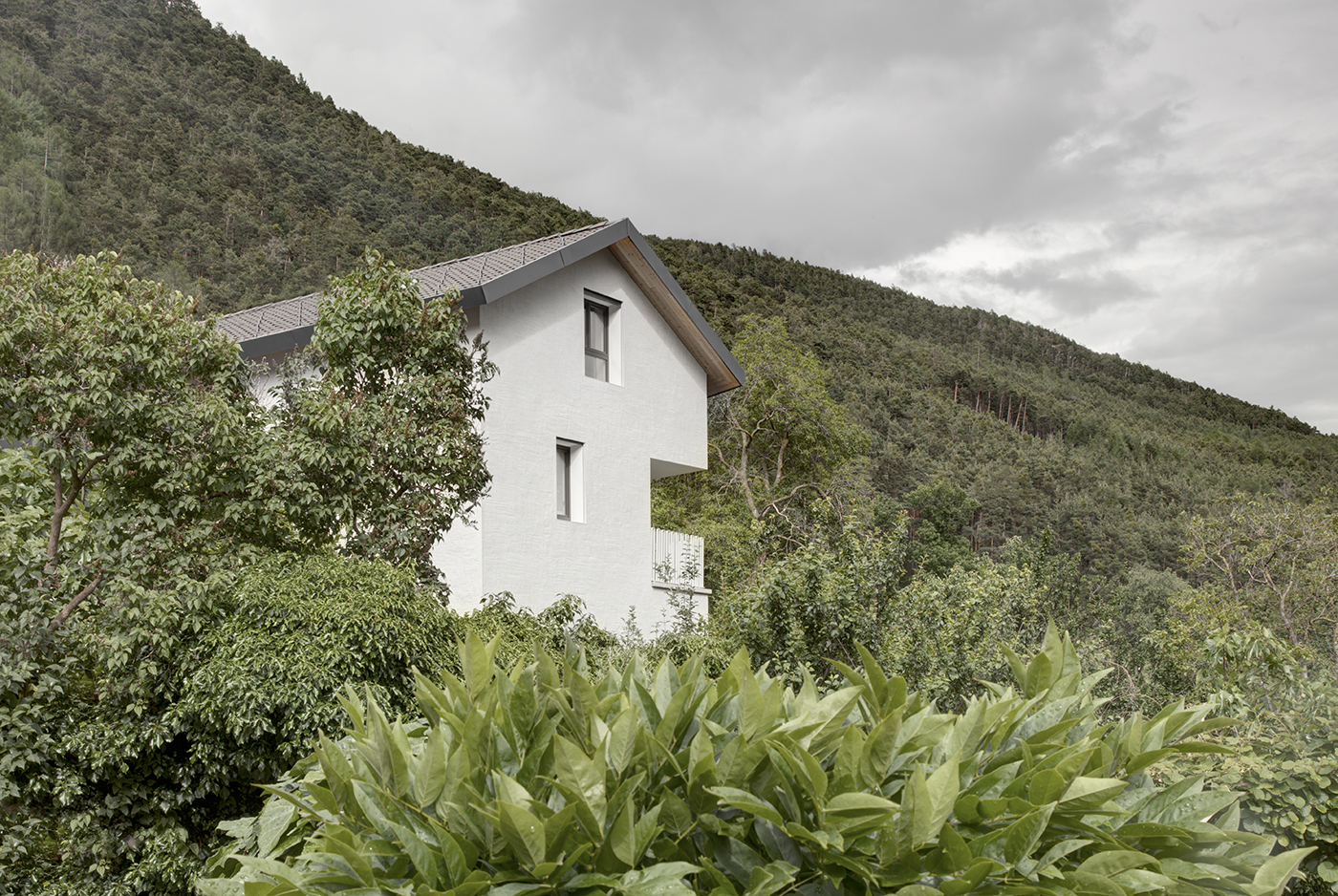 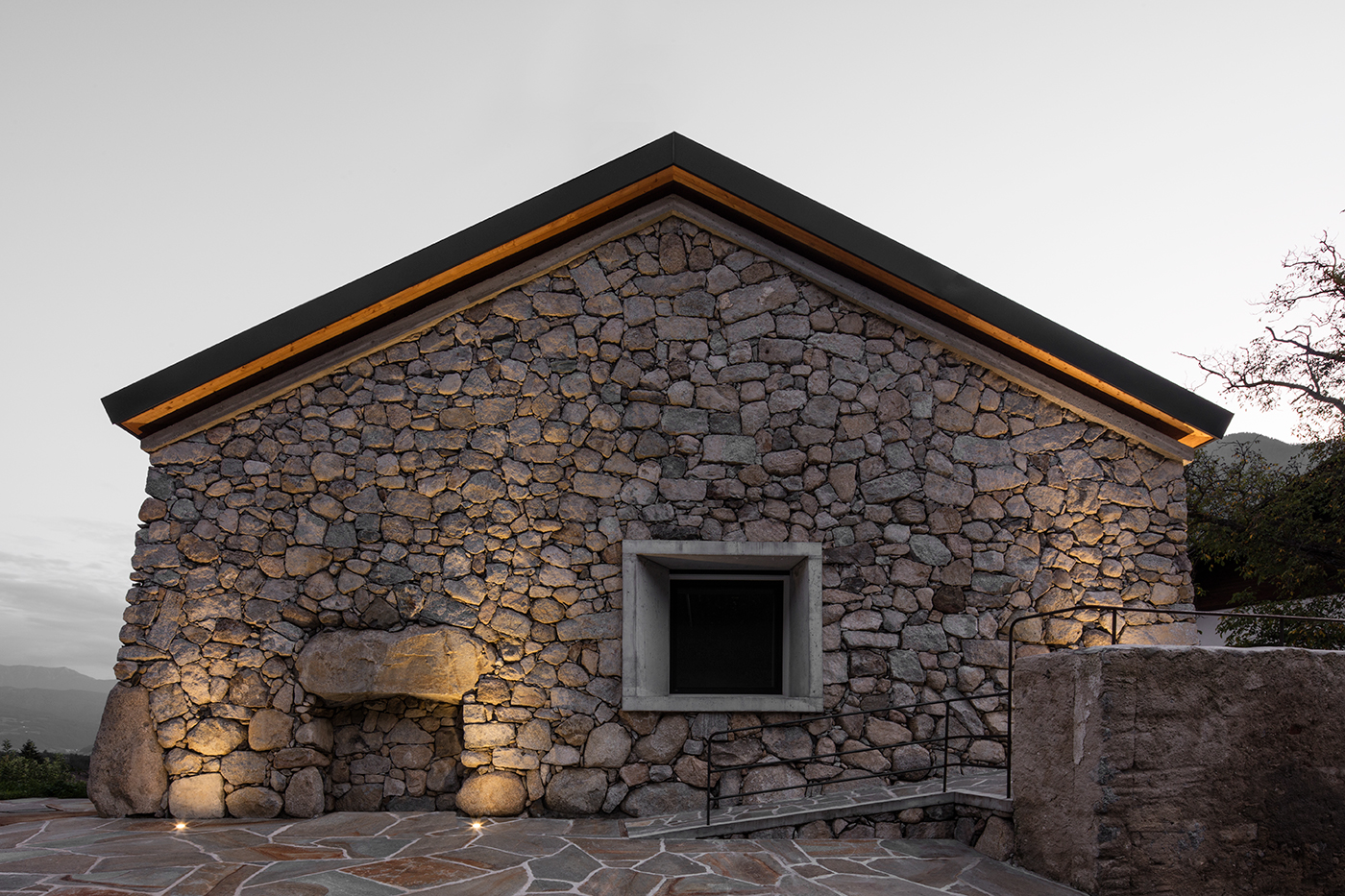 The farmstead in Aicha forms the entrance to the upper village. For architect Andreas Gruber, ideal solutions are often found beyond classical rationalism. With the grown structures as a model, a new building was to be attached to the Graber Hof for use as agricultural premises.

An existing old town wall was incorporated into the concept and forms the immediate border to the village street. The shape of the building is based on the interior. Compact bedrooms in the northern area, living room and kitchen in the southern part of the building. In order to give the valley-side façade more space, the building tapers towards the west. The basement contains the agricultural storage and processing rooms.

In the context of resource-saving material handling, the excavated terrain was reused as a retaining wall. In keeping with the traditional building style, the northern façade, made of solid stone, provides protection. The part of the building facing the valley, clad in a special lime plaster and made of exposed concrete and wood, appears soft and friendly. The extension thus became an identity-forming companion to the farm property with further expansion potential in the attic.