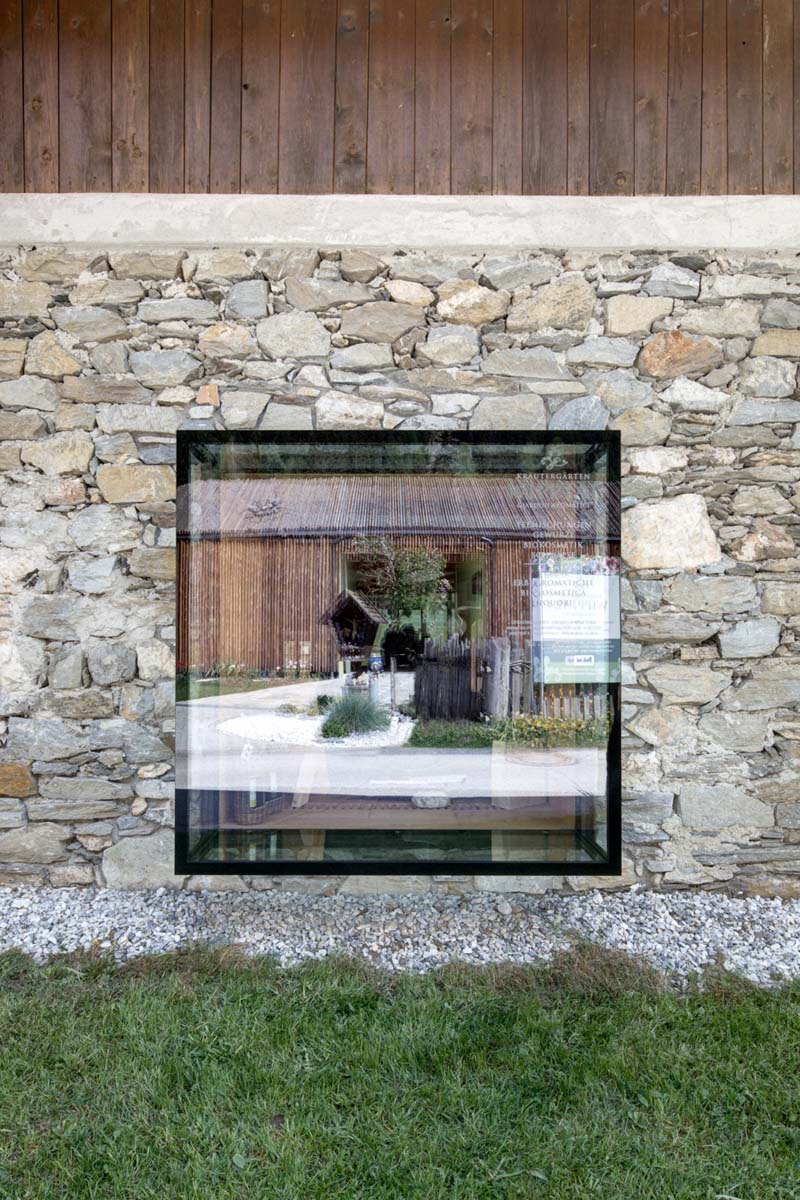 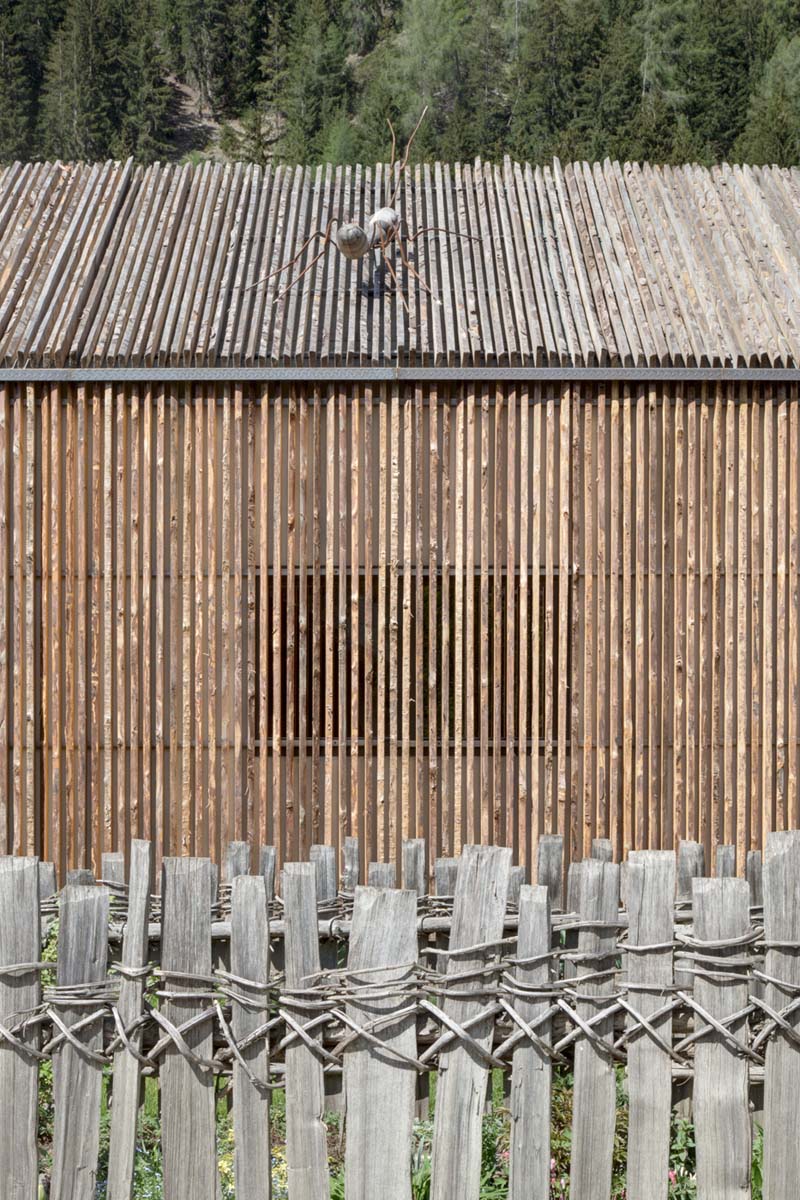 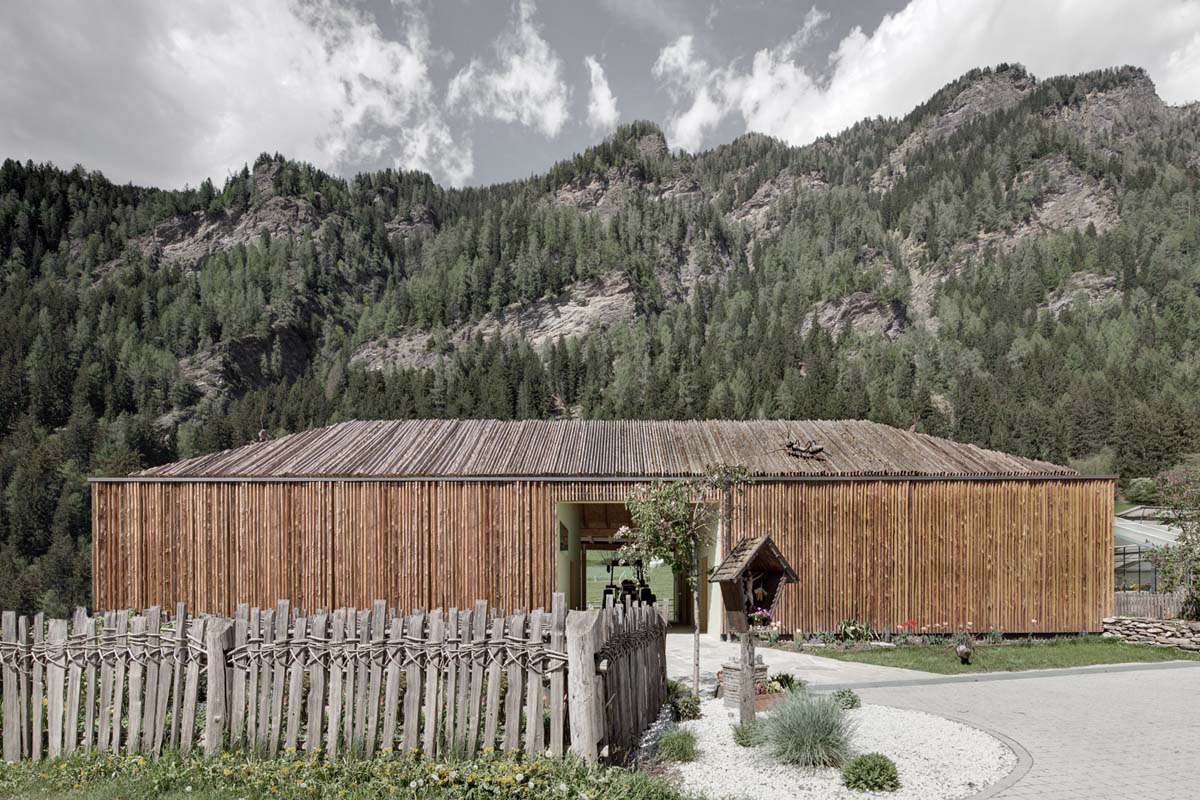 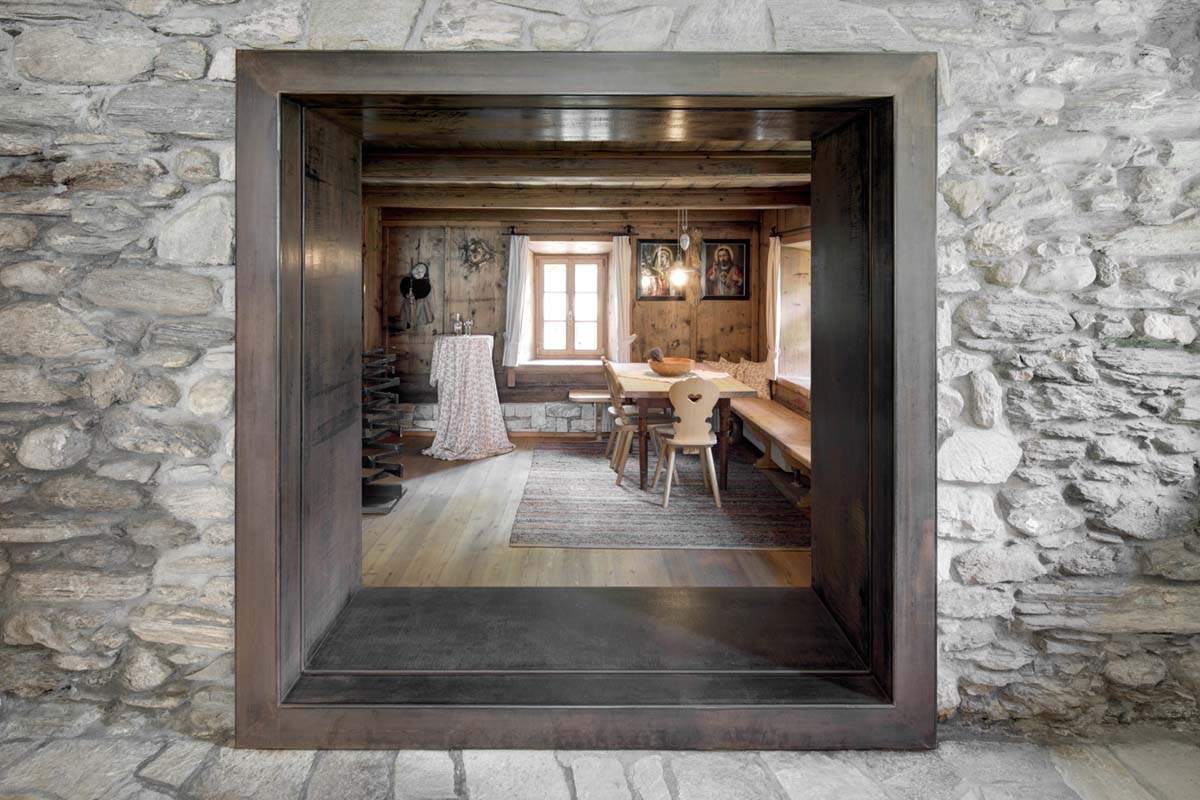 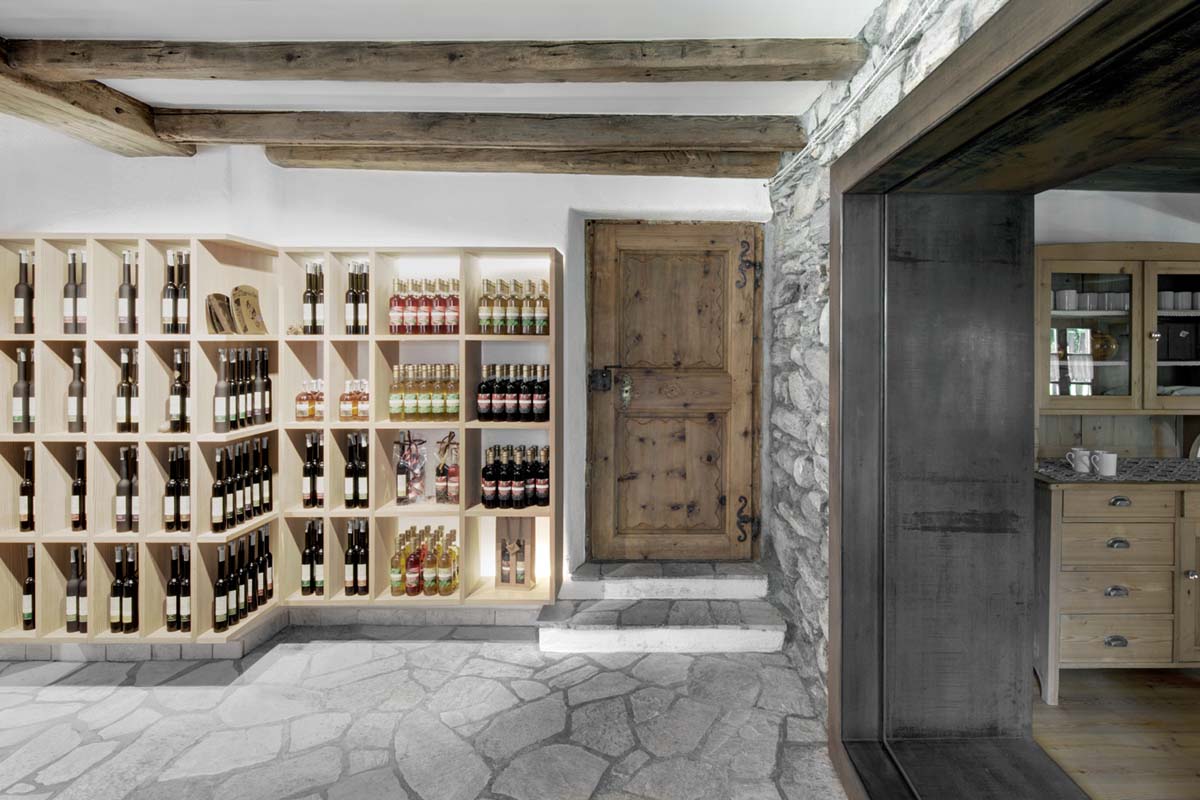 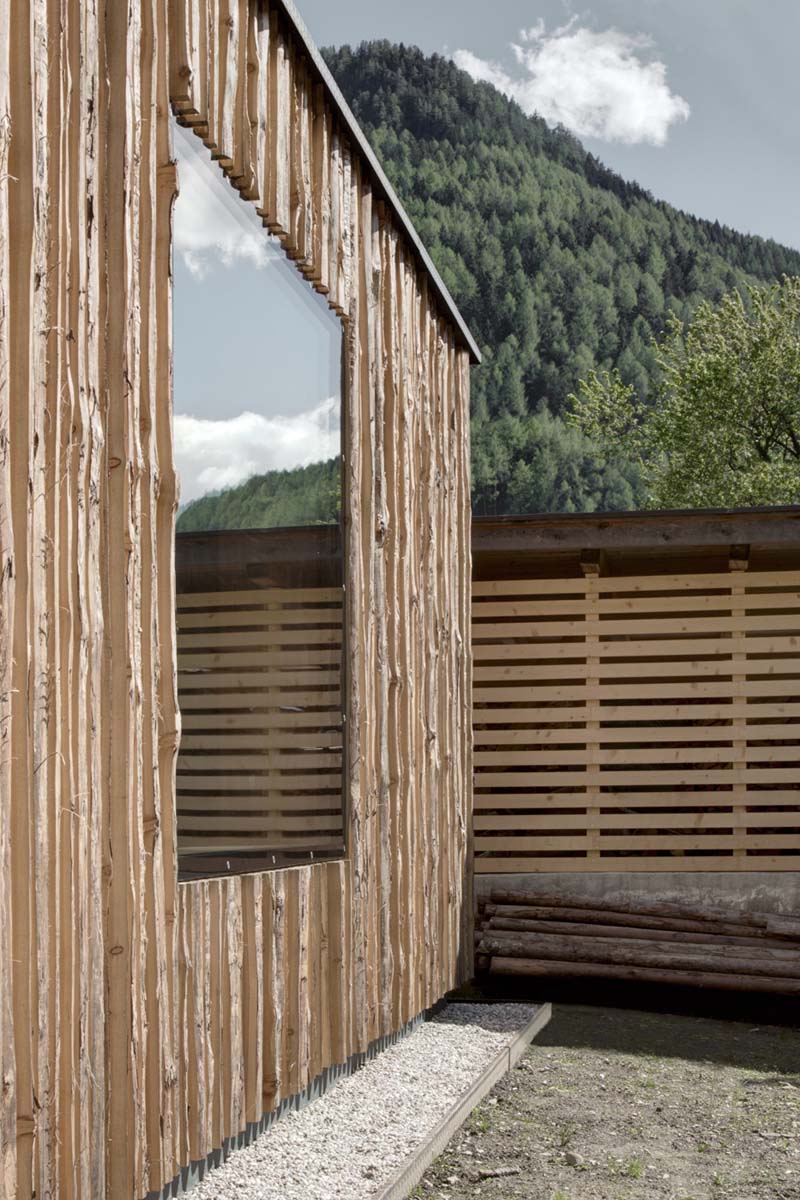 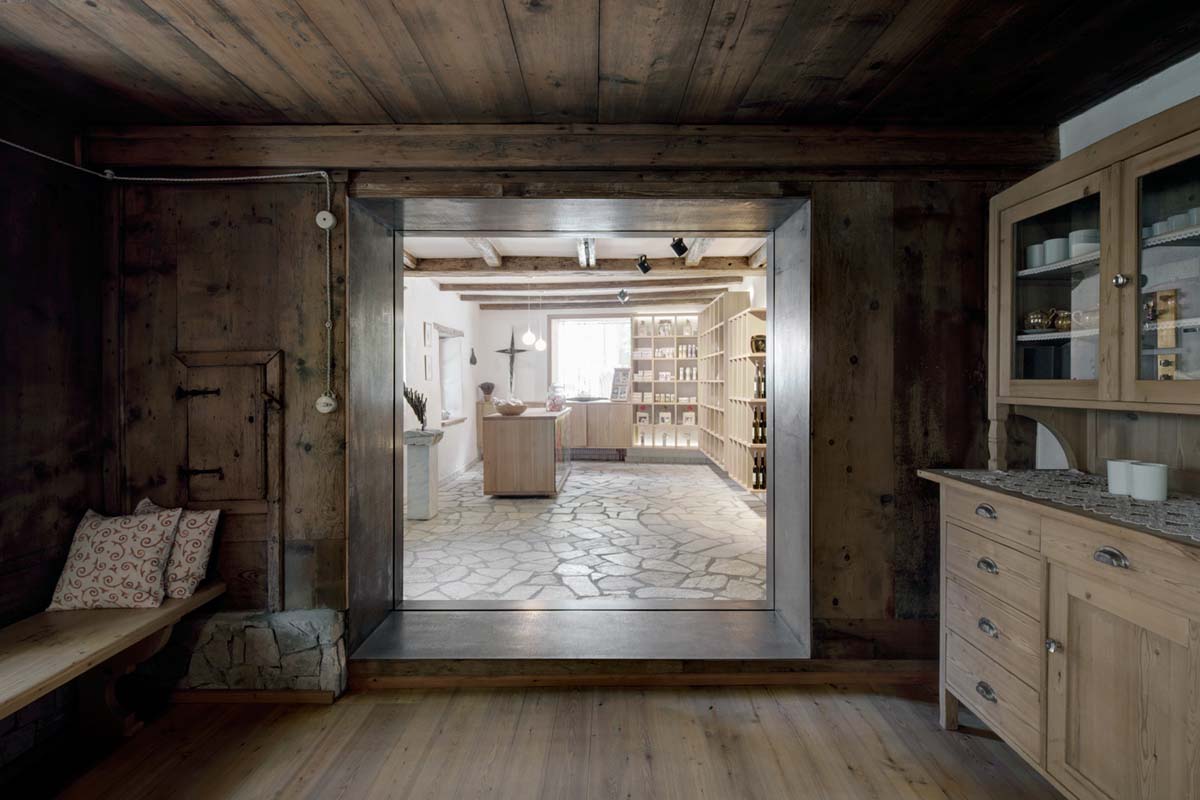 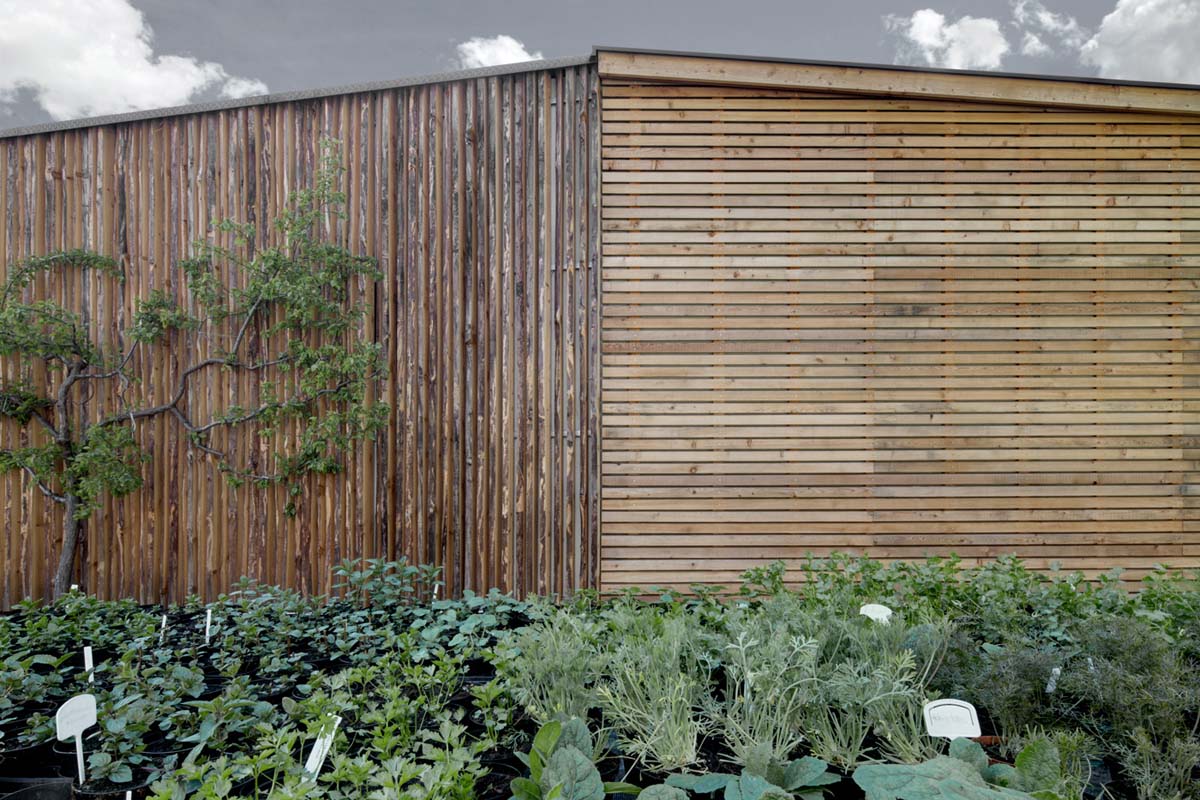 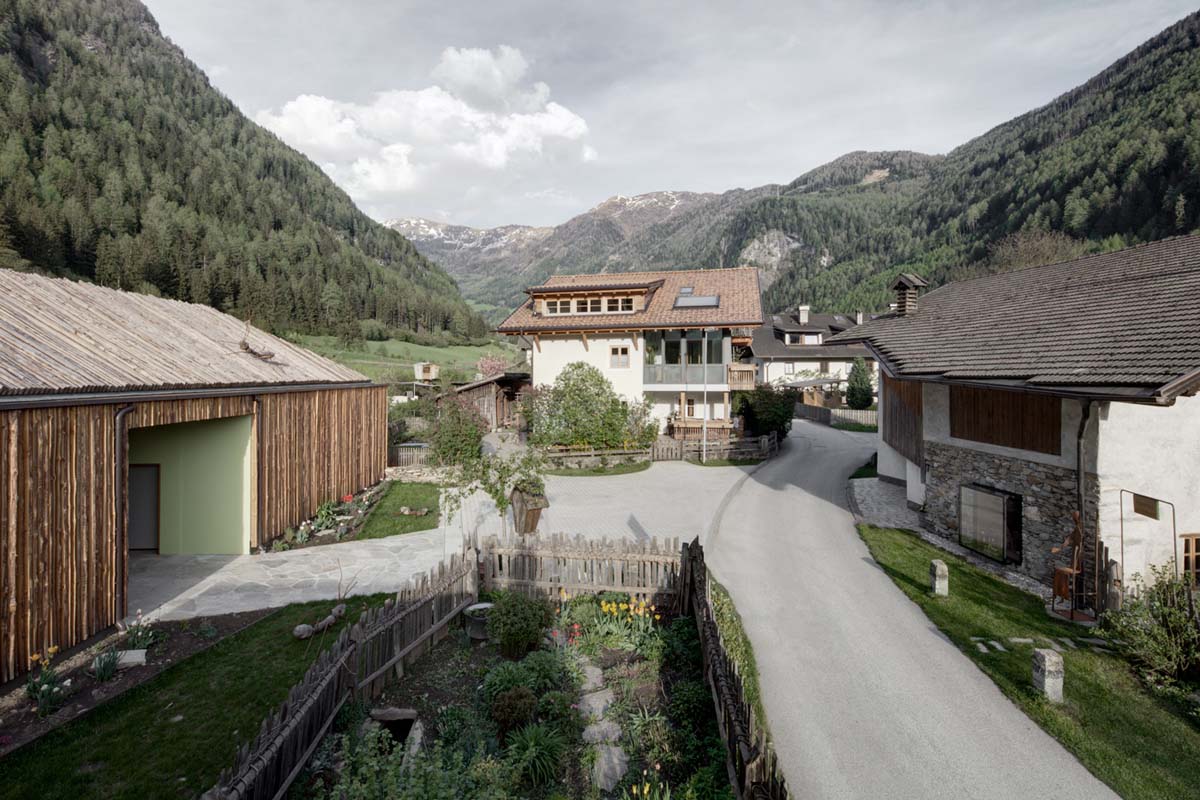 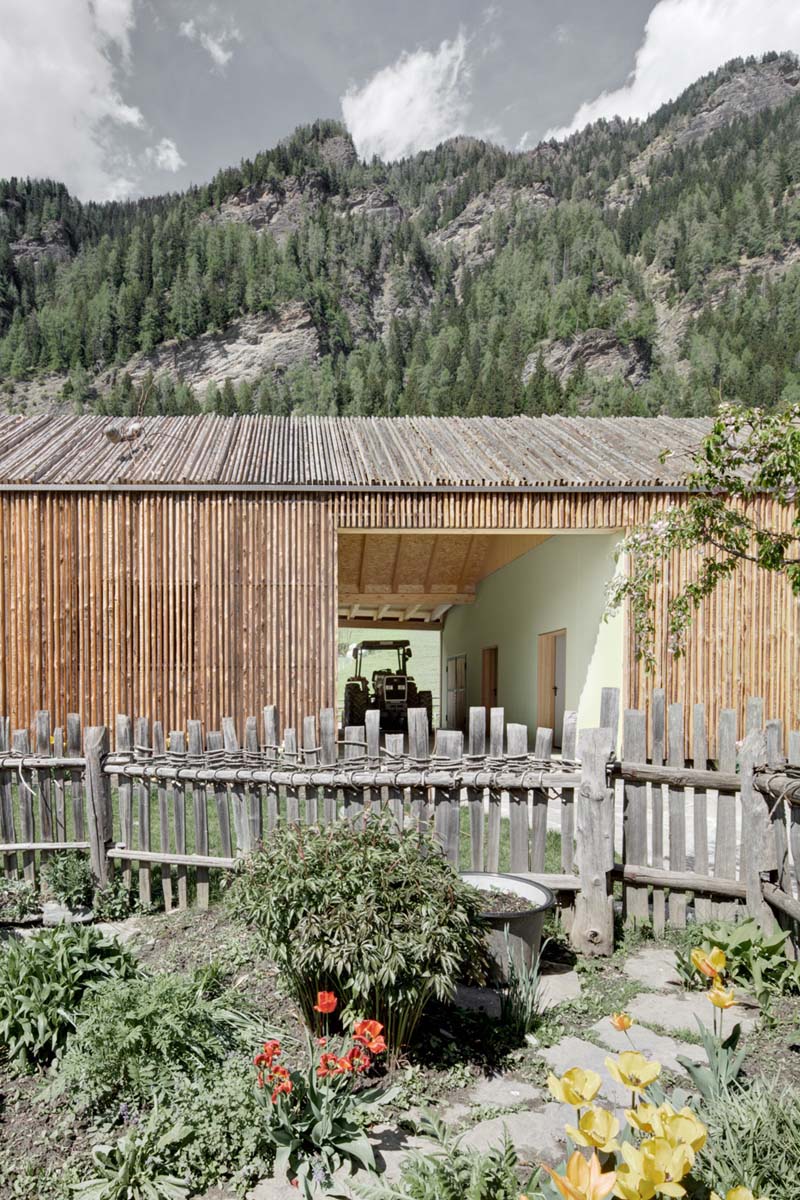 The Steirerhof is located on the “Hintere Gasse” in Wiesen, a popular walking path in the village. This is heavily frequented by tourists and locals all year round. In order to make the best use of this potential, the planning team, after a thorough analysis of the functional fragments and user flows, decided to place the farm store in the old building next to the walkway, which was once the residential and commercial building of the farmstead. The building was erected around 1900 and is now protected as an ensemble.

Over the decades, the terrain around this building has risen due to sediment deposits caused by storms to such an extent that the former first floor has now become a basement. Nature was probably also the reason why the farmers moved to a new residential building in the post-war period. The walls of the building were so damp that it was no longer possible to live in them.

Thus, the old residential building had lost its original purpose. The premises were subsequently used mainly for storage and processing of agricultural products. The building houses a particularly valuable room, namely the farmhouse parlor, which has been well preserved as a relic of that time. This particular piece was probably the immediate reason for setting up a small farm store here and attaching it to the old parlor. With the purchase of the farm products, a part of rural culture should be passed on and made tangible at the same time.

Concept and design of the farm store

The farm store is divided into two compact spaces, which form a unit both in terms of function and materialization. The salesroom, which is kept simple, can be seen from the “Hintere Gasse” via a contemporary glass cube inserted into the old stone masonry. The traditional farmhouse parlor radiating warmth and coziness invites you to tastings and linger. Disturbing building elements inserted over the years, such as dividing walls, were removed, allowing the old, well-proportioned rooms to be fully appreciated once again. The two rooms are connected through a large opening, a kind of shop window, whose natural steel frame has been treated with buffalo wax. The old masonry was carefully uncovered and now presents a pleasant contrast to the new, modernly designed building elements.

Based on several months of analysis, the requirements that this new salesroom must meet were defined. Based on this, an ambience was developed that has the following characteristics:

– It reflects the authenticity and naturalness of organic farming and agricultural products grown, processed and sold at the “Steirerhof”.

– The new sales area meets the criteria of sustainability, in the sense that materials typical of the area were used for it, with some being produced on the farm itself (such as wood and the like).

– A particular challenge was to design the structural interventions in such a way that they could be carried out with modest financial resources and with as much of the farmer family’s own contribution as possible.

– The high quality natural products available for purchase are presented on custom-made shelves made of farm-grown wood.