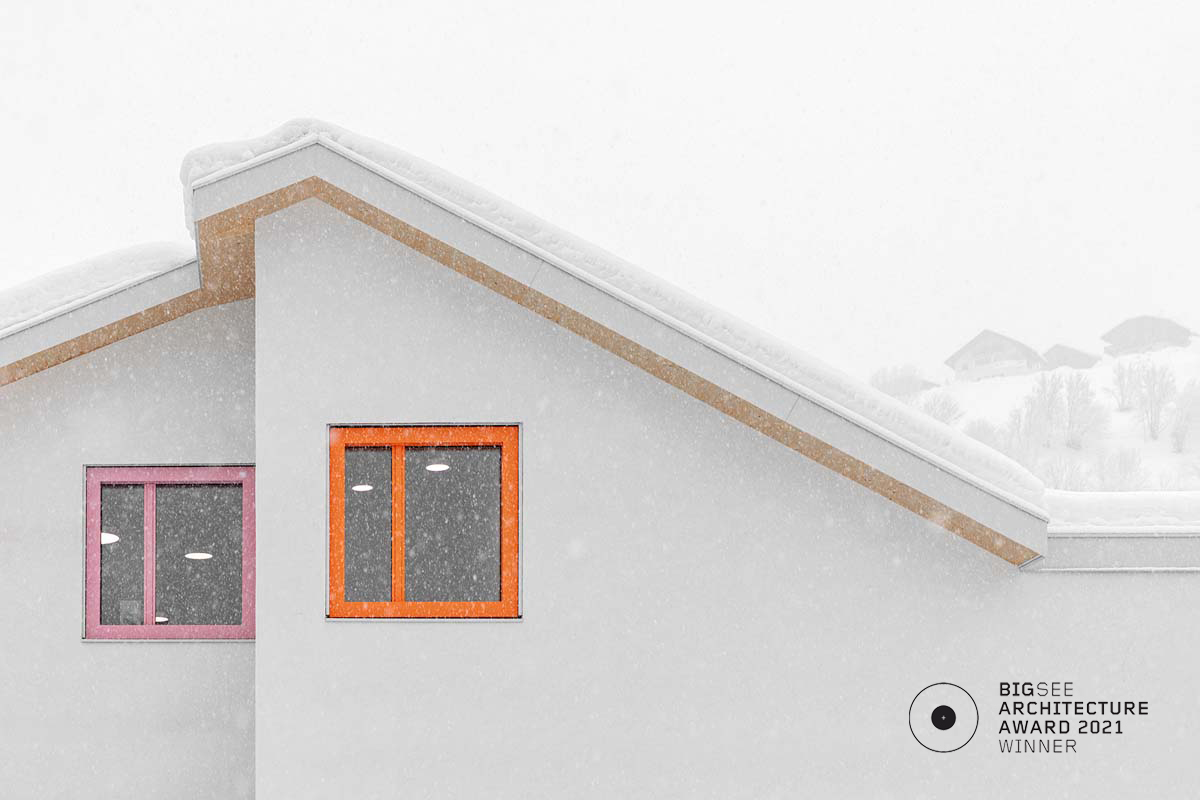 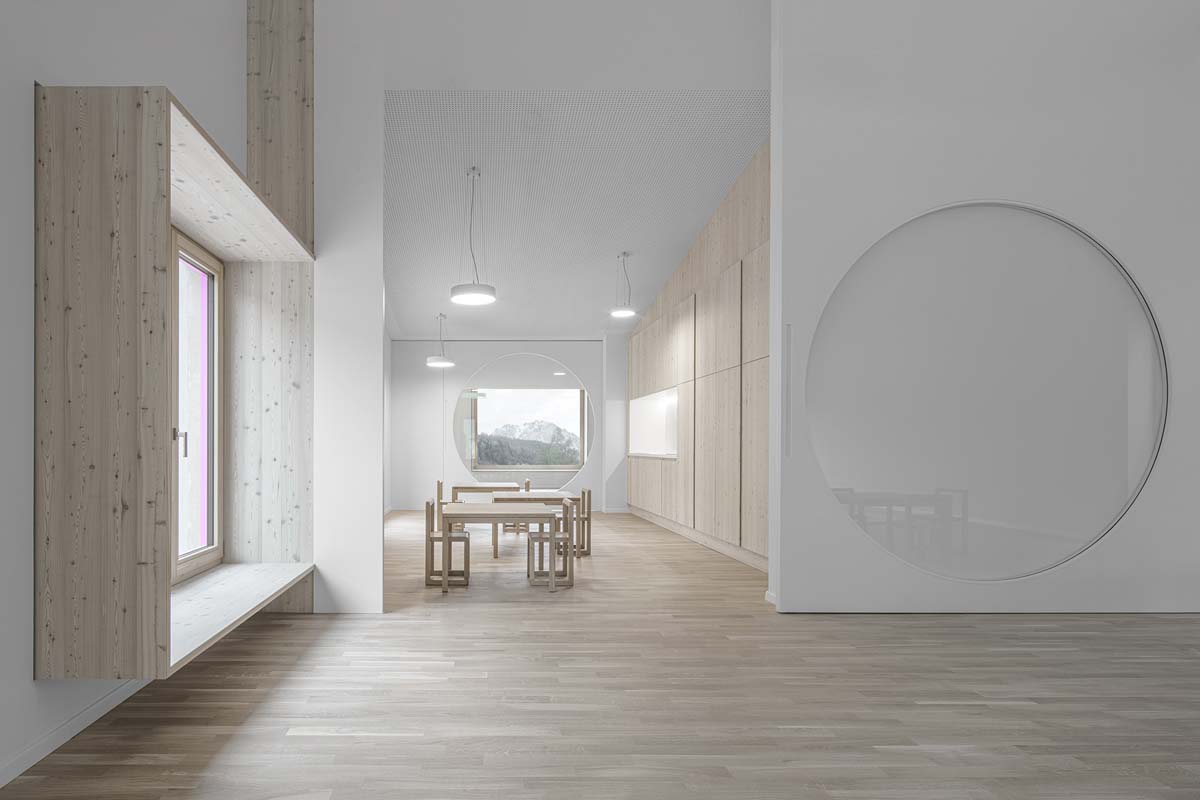 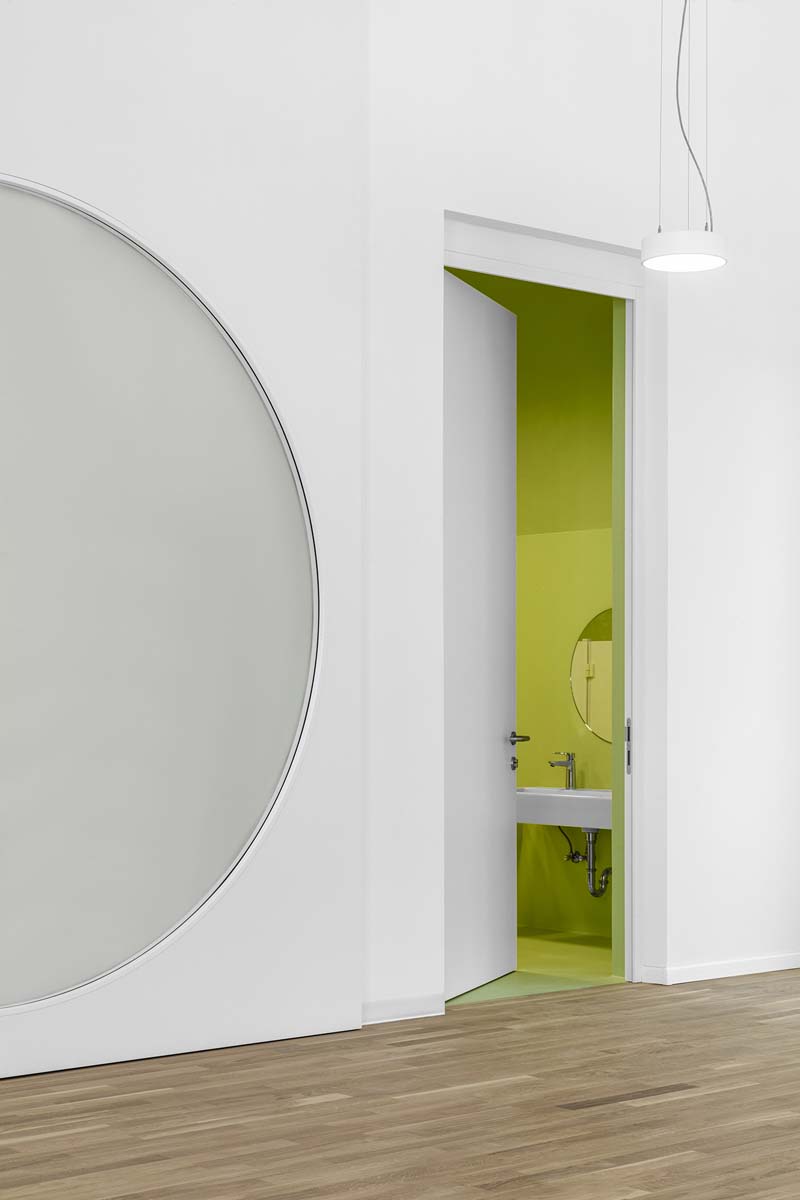 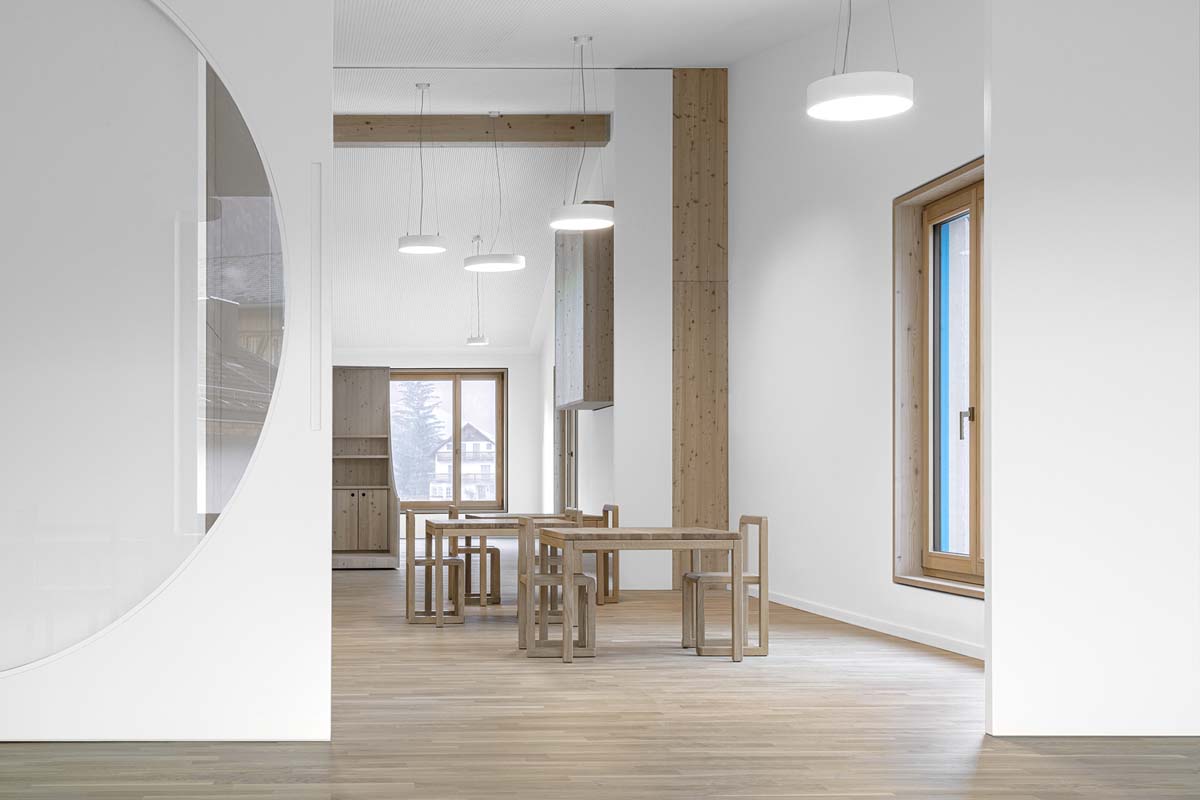 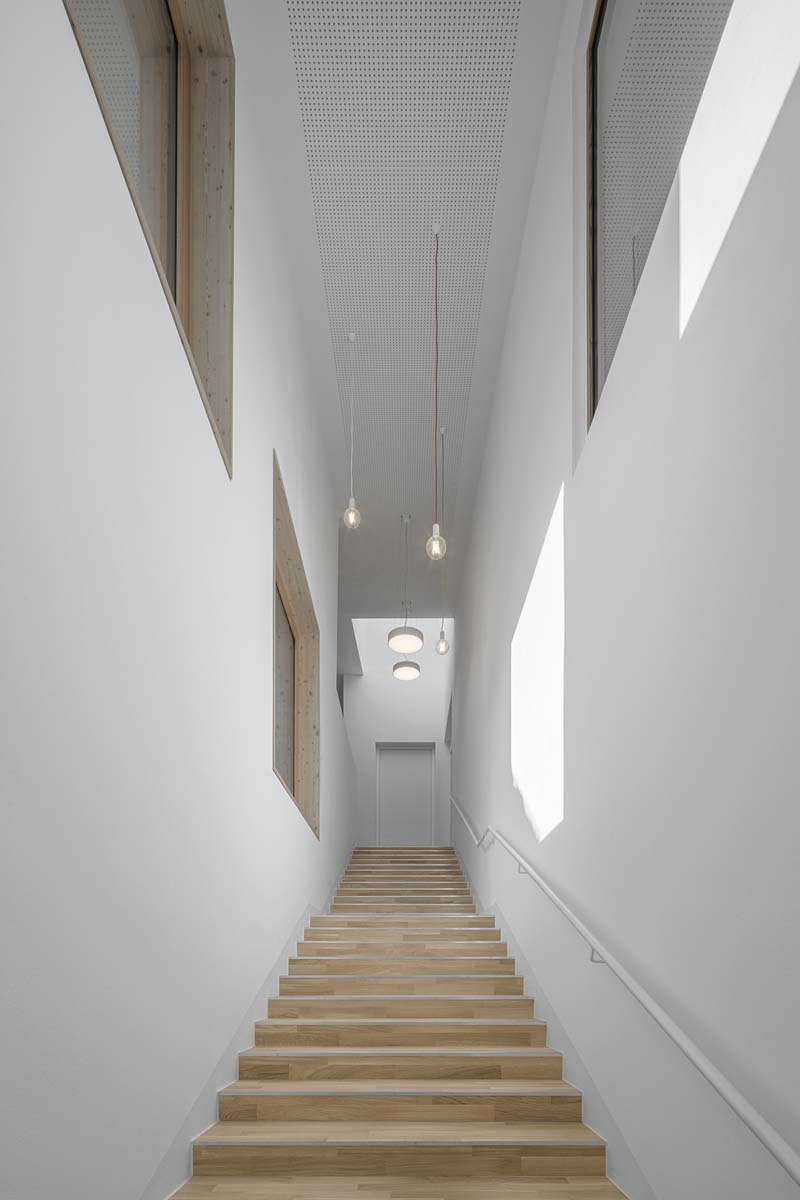 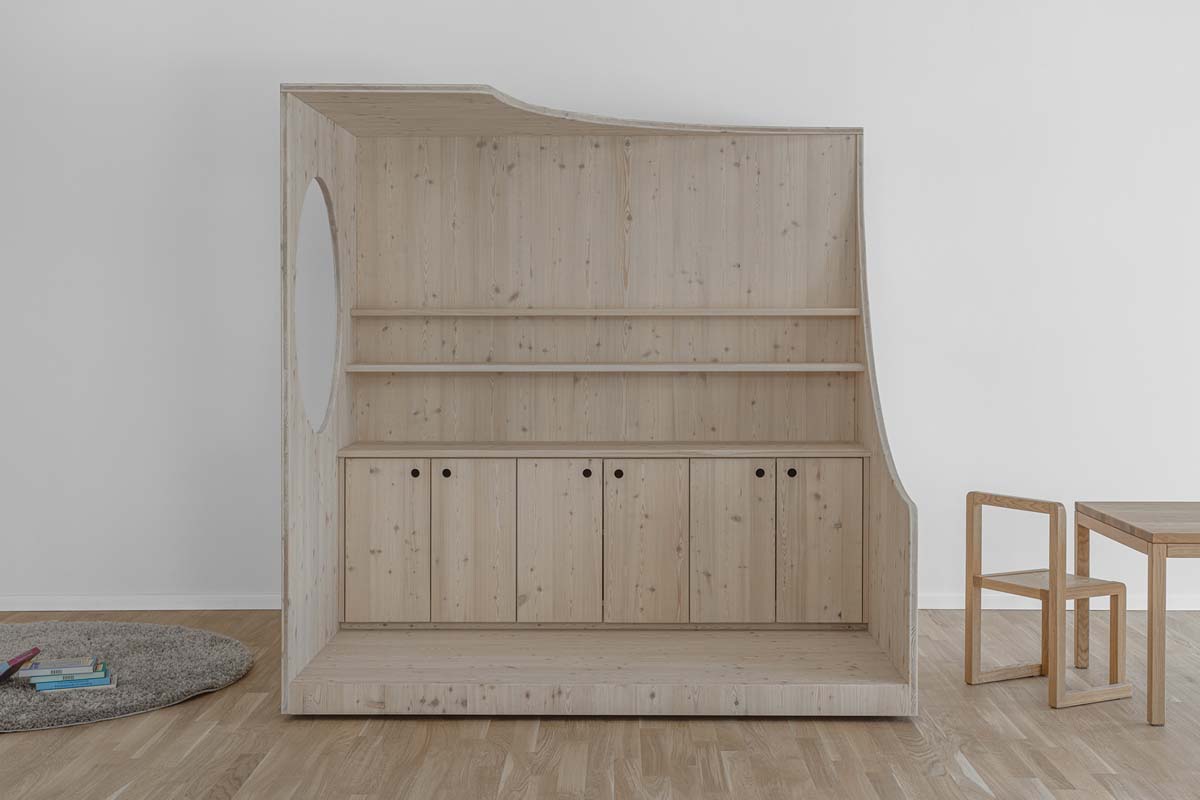 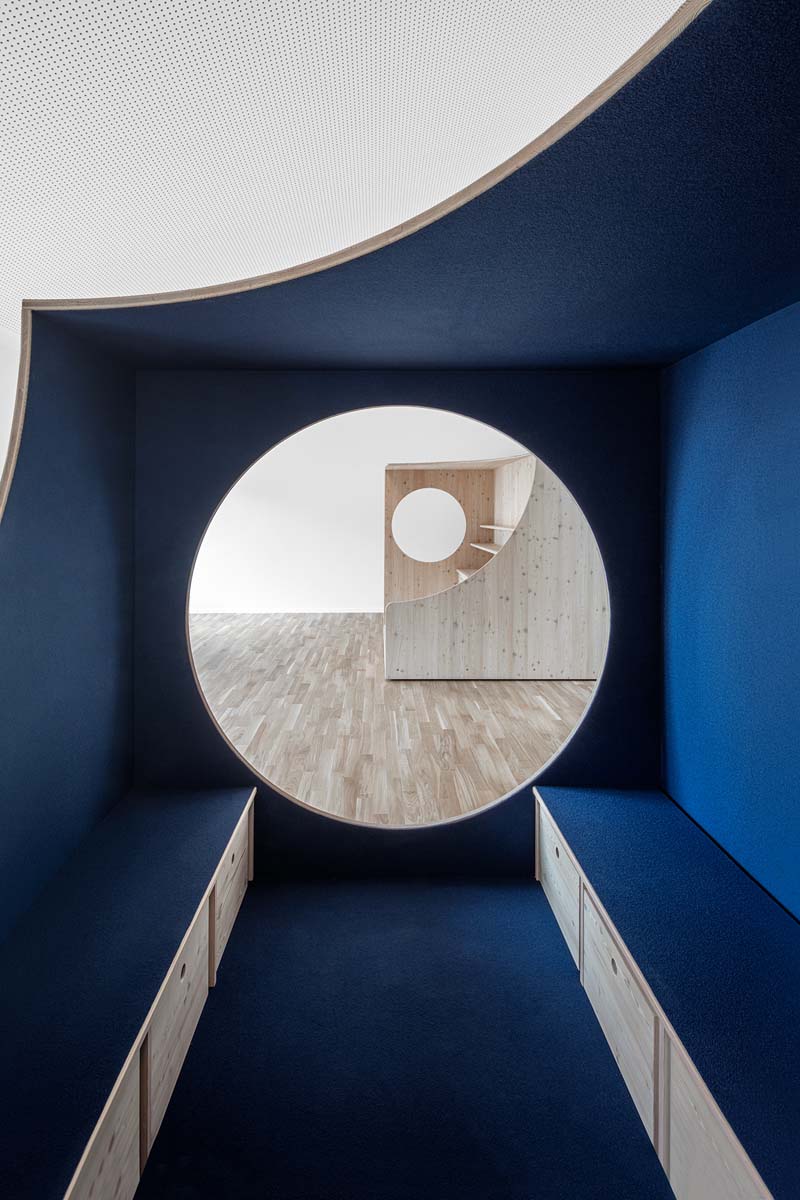 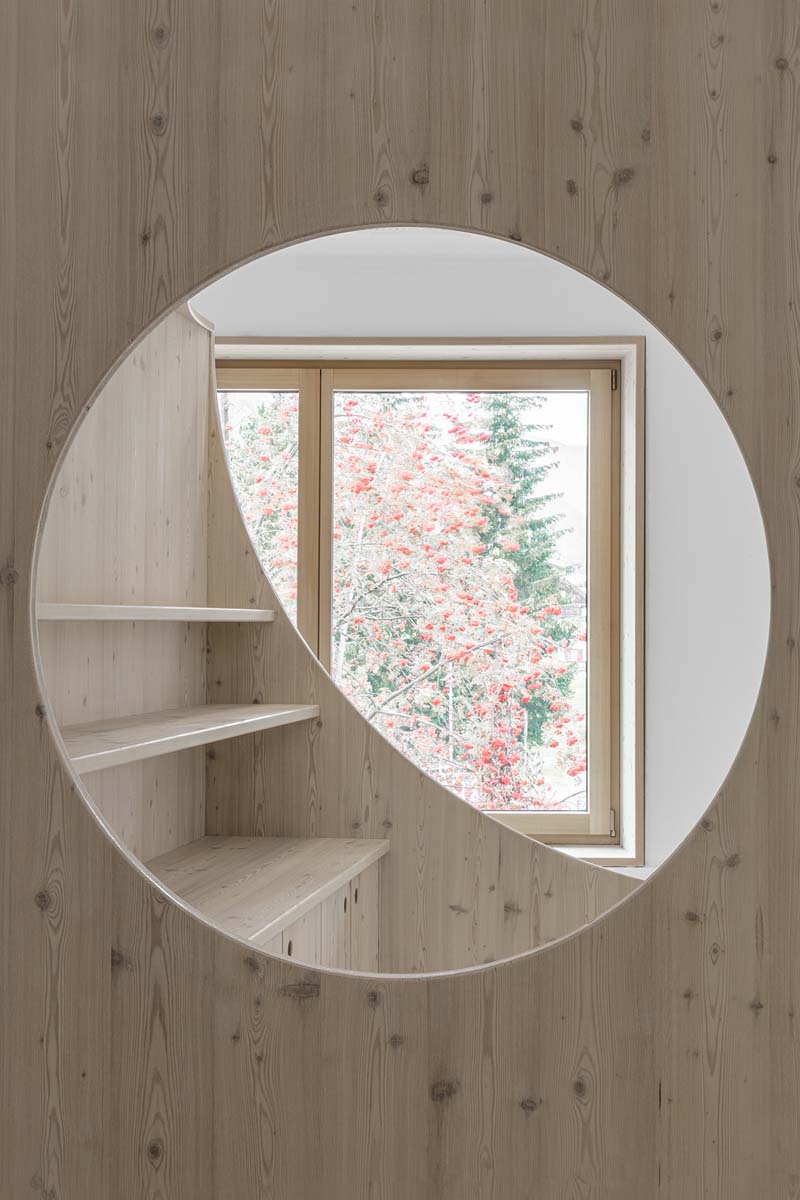 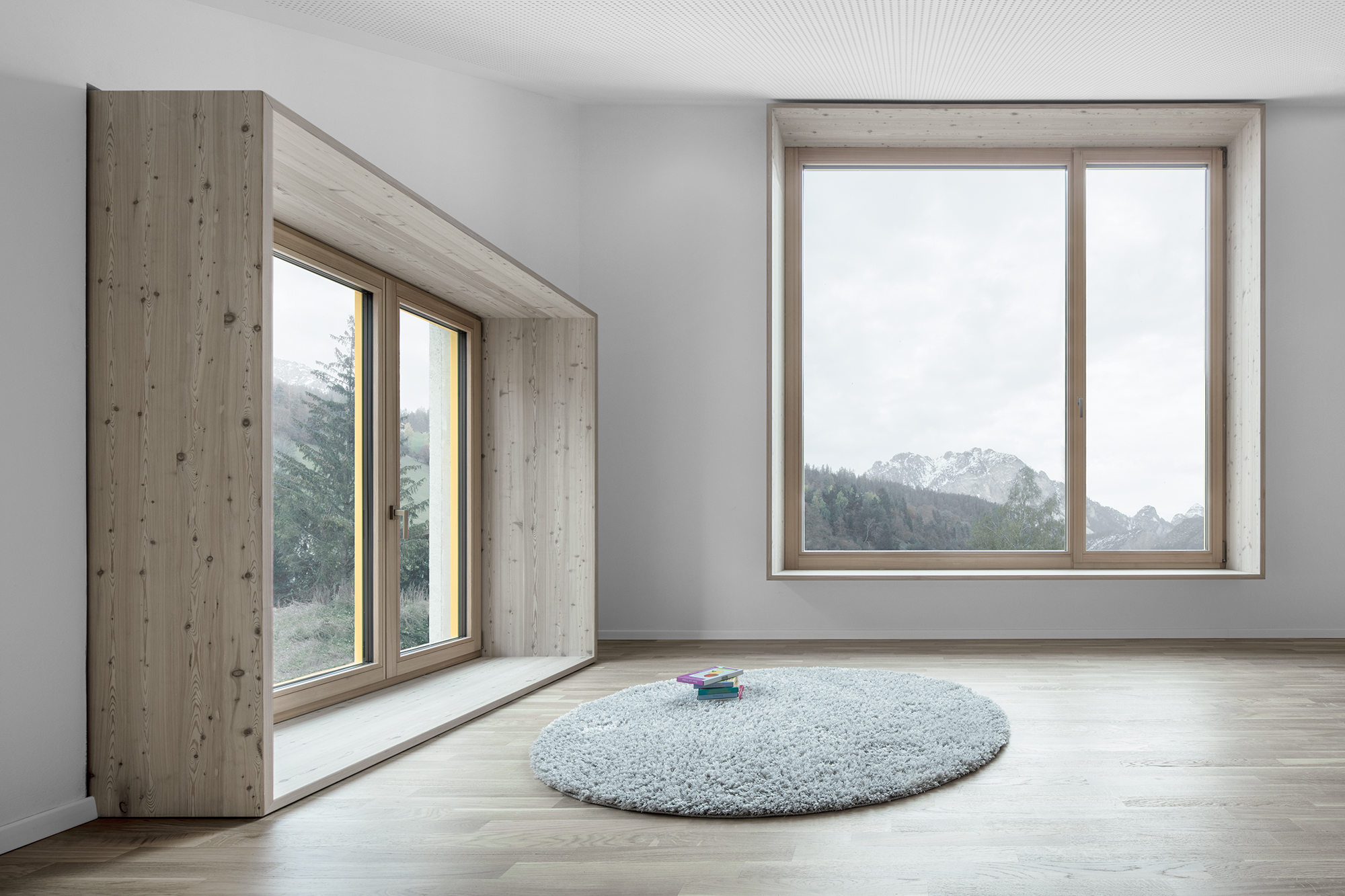 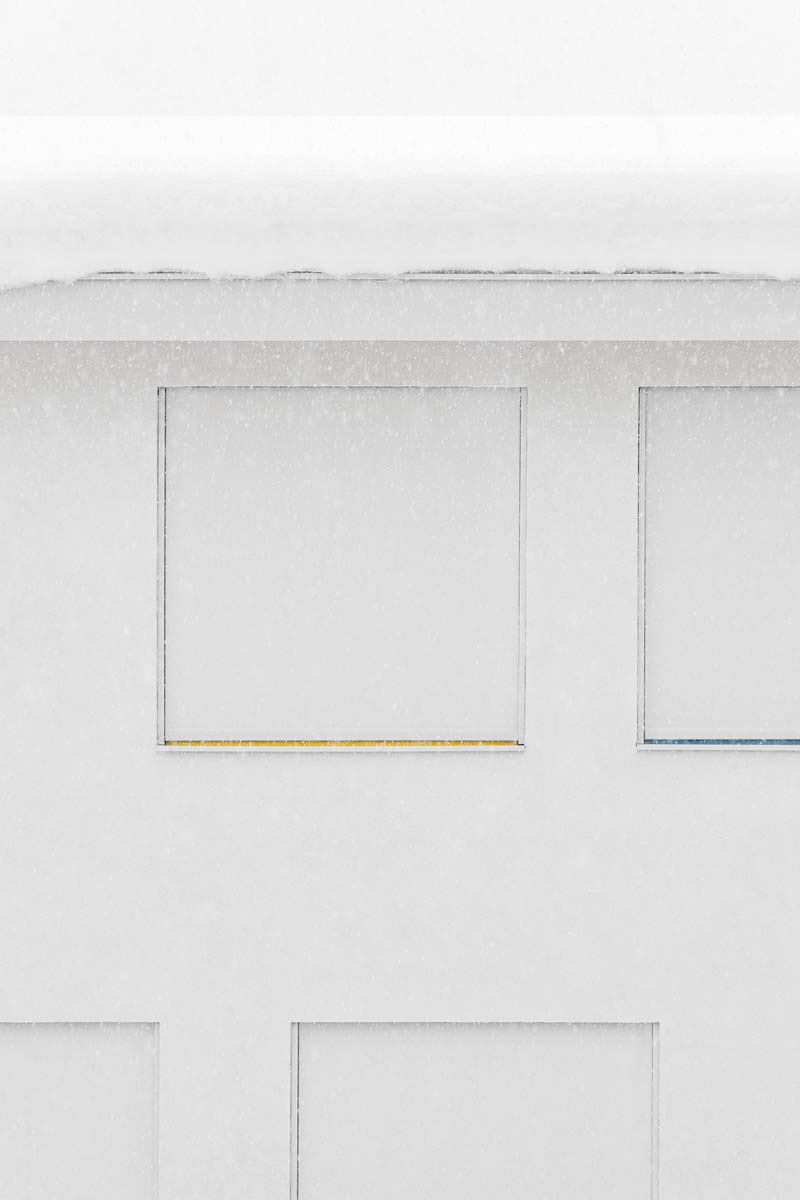 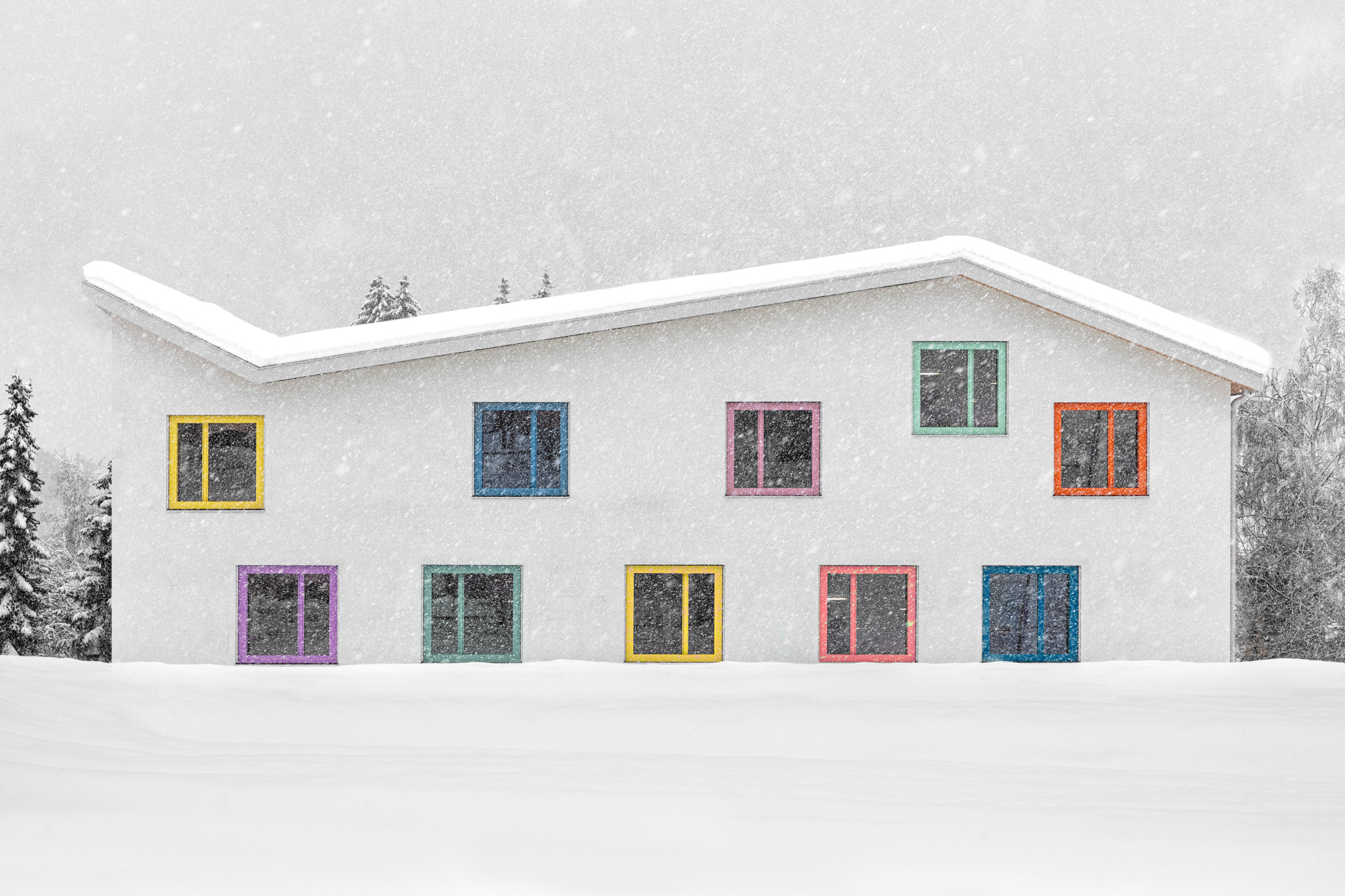 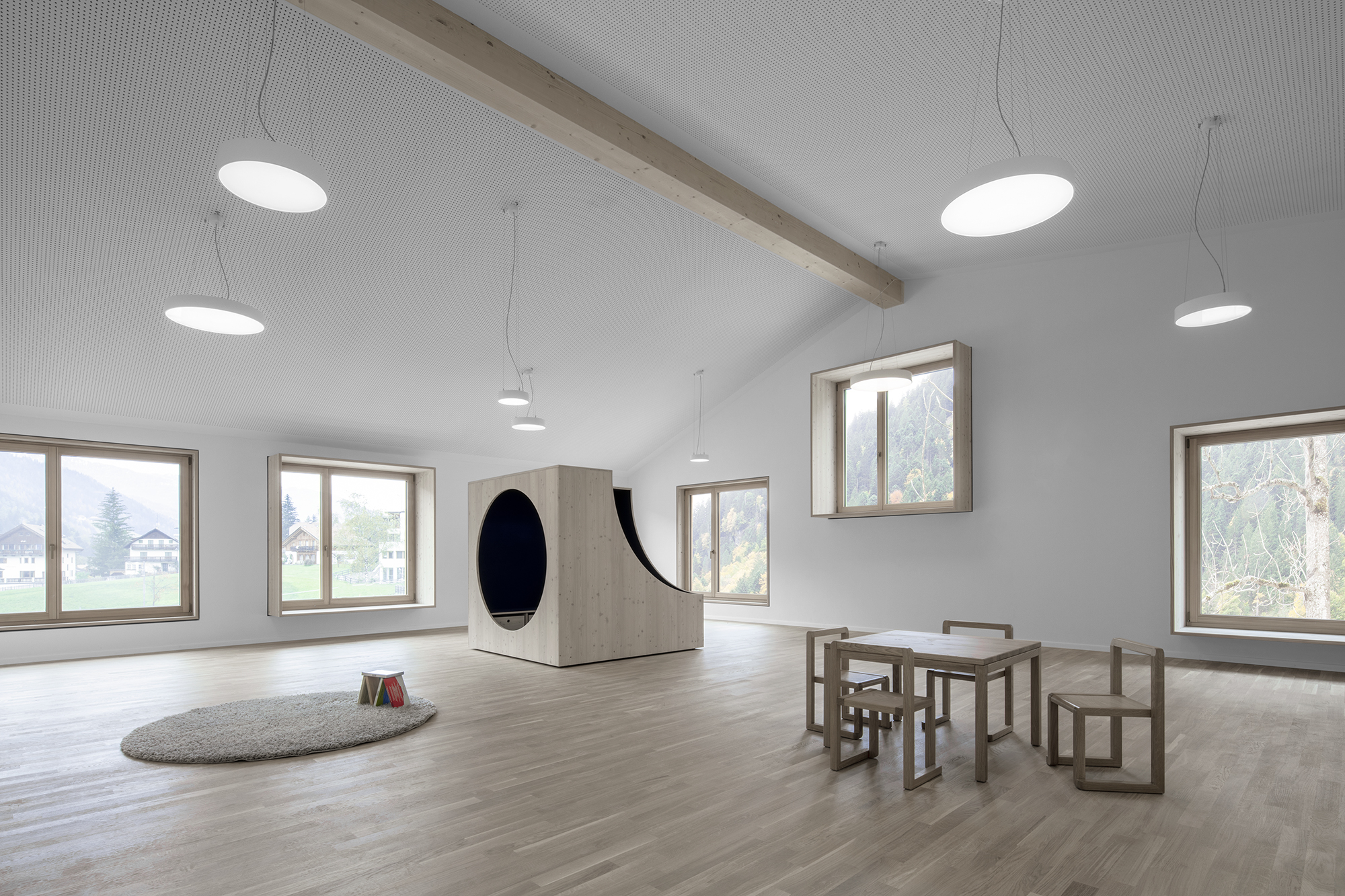 In the community of Enneberg / Comune de Marebbe in the South Tyrolean Dolomites with its 3000 inhabitants, the existing kindergarten was rebuilt and extended to include a crèche.

The project was developed in the course of an extension of an existing kindergarten and its functions were rethought in cooperation with the pedagogical staff. The primary objective was to think about the concept from the perspective of future users. In this context, child-friendly, light-flooded rooms were created, which do justice to a freely playable pedagogical concept for the promotion of the children’s creative nature. The flexibility and playability of the spaces, the scale and proportion as well as the accessibility of the functions take on a special role. Similarly, it is important to create so-called places of retreat. The materials used were lime plastered bricks without additional insulation and natural wood surfaces.

The facade image reflects the playful nature of the users and makes the facade a reflection of the actors. The colorful concept gives the building a playful character in addition to its building form. The different heights and sequences of openings create targeted views into and out of the surrounding alpine landscape. The wide window reveals are fused with the space as seating and play areas, making them part of the concept.

In collaboration with March Gut Industrial Design the concept for interior and furniture was developed. From the thoughtful space planning, to the inviting design language and a pleasant choice of colors and materials, to functional details such as the specially designed furniture: the armchairs and tables in two sizes are ergonomic in shape, durable in solid oak and practically stackable.

The large group rooms are open and spacious and therefore offer flexible usage possibilities in everyday life but also enough space for e.g. parties or parents’ evenings. In each room, two large multifunctional boxes form a counterpoint to the open areas and serve as a playhouse, cuddle den, reading corner or climbing tower. The room cubes made of domestic larch solid wood with 1.80m side length are movable and differently equipped:

Circular cutouts in the doors and boxes evoke dens, playdates and community. The pleasant design language combined with calm colors and pleasant materials make the Enneberg kindergarten a place where children can spend time and develop with joy.